The terms of a settlement between the daughter of late actor Paul Walker and the estate of the driver of the vehicle that Walker was riding in when the car crashed, killing the actor, went unnoticed for a year and a half. 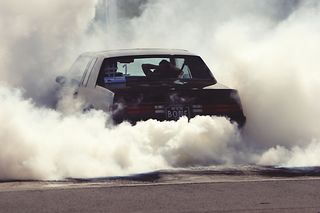 Paul Walker was a passenger in a Porsche driven by Roger Rodas at high speed in 2013. The car went out of control and crashed into trees and utility poles. Both Walker and Rodas were killed in the accident.

Walker's sole heir is his 17-year-old daughter Meadow Walker. She initiated a wrongful death suit against Rodas' estate and, only recently, the terms of the settlement were revealed. Interestingly, the settlement was reached in November of 2014, but because it was filed as "Meadow W." it eluded public attention until now.

Under the settlement the estate paid $10.1 million, which was placed in trust for Meadow Walker.

Rodas was determined to only be partially responsible for the crash that led to Walker's death. It is still possible, though improbable, that Meadow Walker could receive more money from Porsche AG.

She claims the car company failed to put safety measures in the vehicle that could have prevented the crash or at least kept the occupants alive. However, investigators at the time concluded that speed was the sole cause of the crash and a similar suit by Rodas' estate against Porsche AG recently failed in federal court.

That judge found no evidence of liability against the company.