People often have good reasons to leave their children unequal inheritances. However, there are always risks when doing so. While extreme, even arson is a possibility if one of your children is upset enough about receiving a smaller portion of the estate. 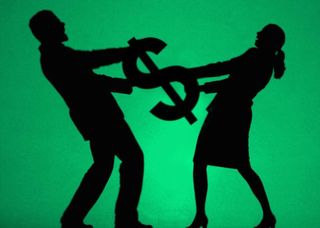 On a recent night in the Philippines, Rodrigo Bultron showed up at one of his sisters' homes under the influence of drugs and alcohol. An argument ensued and Bultron threw a burning object onto the roof of the house.

As a result of this act, the house caught fire along with the house next door which was owned by another of Bultron's sisters. Why this crazy behavior?

Local police surmise that Bultron believed that his sisters were given a larger portion of land from their parents' estate than he received.

If true, this extreme case highlights the inherent danger of leaving unequal inheritances to your children.

While resorting to arson is unlikely in most cases, unequal inheritances are often the cause of family feuds over estates. If you are considering giving one child more than another, you need to proceed with caution.

The best practice is to communicate with your children during your lifetime about why they will not be receiving an equal share of your estate. You should also include specific language in your estate plan about the reasons for the discrepancy.

If you want to know what else you can do to minimize the chance of feuds when leaving an unequal inheritance, please contact my office for a consultation.