Sumner Redstone might not be a household number, but he is one of the most important media moguls in the United States. Redstone controls approximately 80 percent of the voting stock in CBS and Viacom. Because of that many people are interested in the details of his estate plan and what will happen to the companies after he passes away. 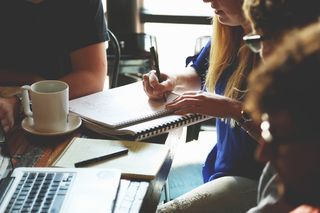 Recently it was reported that after 91-year-old Sumner Redstone passes away his daughter will take over as chairwoman of CBS and Viacom. The report appears to have been in error as Redstone's publicist claims that who will take over leadership of the companies has not been decided and will be determined by the directors of the companies.

Additionally, Redstone's estate will be placed into the hands of a seven member trust and plans are in place to ensure that no stock in the companies will need to be sold to pay estate taxes.

How the latter is to be accomplished is being kept private.

The normal advice is that succession plans for businesses should be clearer about exactly who will take over the business when the current person passes away.

This makes it possible for the successor to be known and to begin taking on responsibility while the current CEO is around to assist. That helps to ensure a smooth succession.

However, that advice normally applies to small and family businesses. In the case of major corporations with third party directors, it is not the same story.

Family business owners should structure their estate and succession plans as Redstone has done in one important way.  The plan should be carefully considered and developed with the assistance of a team of professionals, including an estate planning attorney.  Please see my website for more information or to schedule a consultation.