Chutzpah Doesn't Get Killer Her Inheritance 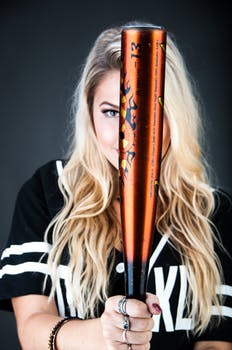 One of the long-standing principles of estate law is that someone who kills another person cannot receive an inheritance from the person killed. A new court ruling shows how far that principle can go.

A long-standing trope in melodramas, is for the heir of a wealthy person in a rush to receive an inheritance, to kill the wealthy person. The trope is based on reality, since such cases have been known to happen. However, in the real world, the murderer rarely gets away with it and does not receive the expected inheritance.

This is because so-called slayer statutes prevent a murderer from receiving an inheritance from the person they murdered. This principle has been part of estate law for a long time.

A recent case from the Seventh Circuit Court of Appeals shows how broadly the slayer statues are applied, as Bloomberg reports in "Woman Who Stabbed Husband While He Slept Can't Get His Pension."

In this case, an Illinois woman stabbed her sleeping husband and then hit him with a baseball bat killing him. She admitted to doing this but was found not guilty by reason of insanity. She was denied payments from her husband's pension fund and argued that because she was not guilty, she was still entitled to his pension under federal pension law. However, the court found otherwise and declared that federal law did not override the state's slayer statute. Other federal courts have found similarly in previous cases, but the Supreme Court has never weighed in on the subject.

There are obviously many reasons why someone should not consider becoming a murderer for an inheritance.  However, if the moral reasons are not enough, people should be aware that they will not receive the inheritance because of state laws.

Reference: Bloomberg (Jan. 29, 2018) "Woman Who Stabbed Husband While He Slept Can't Get His Pension."

Will Dad's Girlfriend's Son Inherit, Just Because You Killed Dad?

The state of Missouri does not have a slayer statute that prevents someone from inheriting from the estate of someone they killed. However, as a matter of common law, the slayer rule is enforced by the state courts. Now, a bizarre new case is asking those courts to extend the slayer rule more than they have ever previously done. 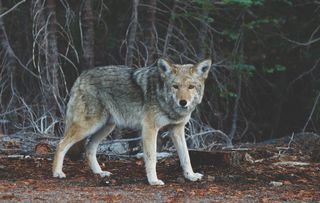 The girlfriend died at the scene. The father was transferred to a hospital.

Van Note arrived at the hospital with a Health Care Power of Attorney, which prosecutors allege was forged, and ordered the doctors to take her father off of life support.

He passed away four days later.

The prosecution's theory is that Van Note murdered her father and his girlfriend because he had made Dickson the primary beneficiary of his will.

Now, in the probate case, Van Note argues that since her father's will had no backup plan and the fact that Dickson predeceased him, the rules of intestate succession should apply. Consequently, she would be the sole heir to her father's estate.

However, Dickson, had an adult son from a previous marriage. He is asking the court to apply the slayer rule, exclude Van Note and her heirs, and make him the beneficiary of the estate.

If Dickson’s son prevails, this would be extending the slayer rule further that it ever has been extended in Missouri.

You can read more about the bizarre twists and turns of this case in a recent Kansas City Star article titled "Susan Van Note probate case is as curious as the murder case."