An interesting estate case was recently filed in Manhattan. On one side, a widow is suing her stepchildren claiming that they were supposed to give her a monthly stipend for life. On the other side, the stepchildren claim there was never a marriage and that lifetime payments were not guaranteed. 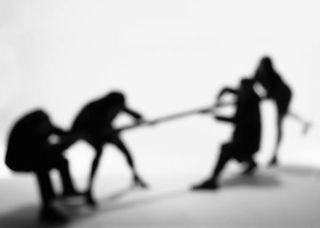 When Robert Pierot Sr. passed away in 1997 he was the head of large shipping firm and personally worth around $300 million. Christine De Galvis claims that she met Pierot, a man 17 years her senior, and the two fell instantly in love.

She claims that the two were married in 1996, and that shortly thereafter he was diagnosed with cancer.

She has filed a lawsuit claiming that Pierot instructed his children to take care of her throughout her life. She alleges that she reached an agreement with the children that they would pay her $5,000 per month for life in exchange for giving up any further claims to the estate.

Evidently, the payments were made for 13 years and then stopped without any word.

Setting aside the issue of whether De Galvis and Pierot were ever married, this case will in all likelihood turn on whether there was a binding legal agreement between the children and De Galvis, such as a contract or court settlement.

That, of course, is something that a judge will have to sort out.

If you want some ideas about how to clarify your own intentions, please visit my website for estate planning tips for blended families.