A recent case in Florida illustrates why same-sex couples should not rely solely on marriage rights and the laws on intestate succession for estate planning purposes. 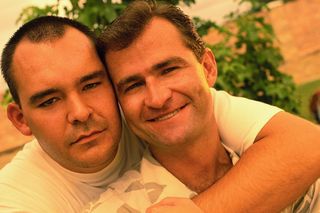 The Supreme Court might have legalized same-sex marriage throughout the country.  However, advocates and observers know that has not eliminated the need to fight to exercise those rights in some places.

One of the latest examples comes from here in Florida.

In this case, two men had lived together in Florida for 42 years. They were legally married in New York in 2012. A year later, one of them passed away in Florida.

The state of Florida refused to reissue the death certificate without a specific court order to do so for each death certificate. A federal judge has ruled against the state and ordered that it must reissue all death certificates to list same-sex spouses for couples who were legally married before Supreme Court's decision.

While this case turned out well for those affected, it illustrates that same-sex couples cannot necessarily rely on proper enforcement of their marriage rights. It is still advisable to have estate plans to protect same-sex spouses.  This can help make sure that some states do not throw up roadblocks to inheritances.

A recent ruling by a New Jersey tax court illustrates that the legality of same-sex marriage does not solve all estate difficulties for same-sex couples who were not able to get married previously. In 2004 New Jersey passed a domestic partnership law giving same-sex couples who registered as domestic partners some of the legal protections married couples enjoy. For example, the law exempted a surviving partner from paying the state's inheritance tax, but not the estate tax.

New Jersey is one of the few states with both taxes and requires that the higher of the two be paid. Long time partners Rucksapol Jiwungkul and Maurice R. Connolly Jr. registered as domestic partners in that same year.

In 2007 New Jersey passed a civil union law exempting same-sex couples from both the estate tax and the inheritance tax. Jiwungkul and Connolly did not enter into a civil union as a matter of principle.

Same-sex marriage became legal in the state in 2013 and the two made plans to wed according to Bloomberg BNA in "Same-Sex Partner Not Spouse for New Jersey Estate Tax Break."

Six days before the planned wedding Connolly passed away unexpectedly. Jiwungkul was the executor of the estate. In that capacity he paid approximately $100,000 to the state for the estate tax.

Later he filed an amended tax return and asked to have the amount refunded, claiming that he should be exempt from it. The state refused and the case went to tax court.

The law in the case was clear. As Jiwungkul was a domestic partner he was not entitled to the estate tax exemption. The court could have granted him an exemption by citing extraordinary circumstances, but the judge declined to do so.

The case illustrates that same-sex couples still need to be mindful about what different legal statuses mean for their estates.

For more information on estate planning for all couples or singles, please visit my website..