Murdering for an Inheritance in Fact or Fiction

It is an old plotline: someone murders his or her parents to inherit their wealth. It has happened in many dime novels and B movies. The big question is does it actually work? Can you kill your parents and inherit from them? 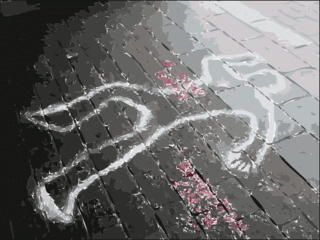 Thomas Gilbert Jr. stands accused of murdering his very wealthy father. Under the terms of his father's estate plan, the younger Gilbert is set to inherit a small fortune. His father was a very wealthy man.

In this high-profile case the government contends that Jr. shot his father in the head a month ago. This prompted the Washington Post to wonder whether the son could inherit from the father in an article titled "Thomas Gilbert Jr. is accused of killing his own father. Can he collect an inheritance?"

The author of the article poses this question to law professors. Unfortunately, the professor made the answer to the question even more complicated than it needs to be.

The simple answer is this: if Gilbert Jr. is convicted of murder, then he cannot inherit from his father.

You cannot receive an inheritance from someone you intentionally killed. However, if the death is ruled accidental or if Gilbert Jr. is found not guilty, then he could very well inherit from his deceased father.

While these circumstances often make for interesting plot lines, in reality this is one area where the law is very clear.

Reference: Washington Post (January 15, 2015) "Thomas Gilbert Jr. is accused of killing his own father. Can he collect an inheritance?"