The Estate of Elliot Ness Not Untouchable

Elliot Ness is best known as a Prohibition era lawman who fought the mob. After that, however, he served as the CEO of Diebold. A recent find of a stock certificate in that company has caused Ness' heirs to reopen his estate. 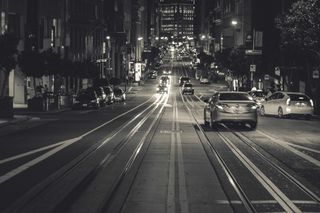 Despite a book and two movies being made about his battles against Al Capone, Elliot Ness passed away with a meager estate. He believed that a book based on his story would be unsuccessful, so he gave away all rights to the story.

His wife inherited very little from him.

A recent discovery in Florida could change all of that. At least for his heirs.

The find was at the residence of the former secretary of the famed lawman.

Contained in a box, along with some of his memorabilia, was a stock certificate in Diebold. Thanks to splits and dividends, that stock is now worth $1.1 million.

The current heirs of Elliot Ness are the cousins of his third wife, and they have reopened his estate and filed a lawsuit against Diebold to force the company to pay up.

For its part, Diebold denies having any record that Ness ever owned stock in the company and is fighting the lawsuit.

The Guardian has more on this story in a recent article titled "Heirs of famed Prohibition agent find lost stock certificate that could net $1m."

The lesson here is that anytime a deceased person's lost property is found, it is necessary to reopen the estate so that the property can be properly distributed.

Whether the heirs will receive the money from the stock, however, is a question that is not likely to be answered for a while. The parties have been ordered to mediation.

If they are unable to settle the dispute, a trial is scheduled for next year.

When it comes to your own estate planning, I can help you identify your assets so your heirs will not have to scramble later on, especially not generations later on.  For more information on how to avoid issues in your estate, please see my website and consider a consultation.