The Giving Pledge, created by Bill Gates and Warren Buffet, has received a tremendous amount of positive coverage as it encourages the wealthy to donate to charity. However, some argue that it also has a hidden cost that potentially harms the general public. 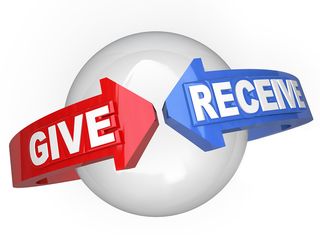 More and more billionaires are taking the Giving Pledge and thereby promising to give away more than half of their wealth to charitable causes either through their estate plans or by gifts during their own lives. Many of these charitable donations go to worthy causes.

However, it is possible that many of the donations go to closely-controlled family foundations that have more questionable charitable intent.

Either way, the giver or his or her estate receives a tax deduction. When all of the donations are added up, it amounts to a massive amount of money that the federal treasury is not collecting through the estate tax.

A recent post on the Oxford University Press Blog entitled "The continuing benefits (and costs) of the Giving Pledge" argues that new laws should be created that tax some of this money going to charity.

In the absence of such a law, the author encourages the billionaires taking the pledge to voluntarily give some of the money to the federal treasury. Of course, since many people do not believe that estates should be taxed at all, not everyone will agree with the author's position.

Nevertheless, it is an interesting question to think about.

Should billionaires who are giving their money away to private charities also feel an obligation to give something to the federal government?

I will not opine on that point, but do encourage everyone to consider charitable giving.  If I can assist in planning a tax-wise gift to your favorite charity during your lifetime or in your estate planning, please arrange for a consultation.