It is impossible to read a newspaper or watch the news on TV without hearing some mention of Donald Trump's campaign for president. The latest headlines illustrate how family feuds over estates can have unintended consequences. 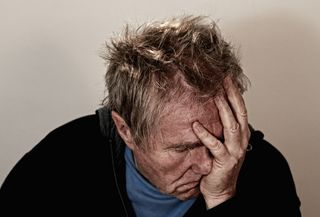 Donald Trump is well known for his blunt, off-the-cuff comments. He does not seem to have an internal filter like most politicians. It is one of the reasons his supporters like him and his detractors do not.

Given this temperament it should come as no surprise that a challenge to his father's will caused Trump to act out of anger. Consequently, he is now having to answer questions about it.

Trump's older brother was not interested in the family real estate business. He instead became a pilot until alcoholism forced him out of the sky. He died from the disease in 1991.

When Trump's father passed away in 1999, Fred Trump III, Donald's nephew from his brother, spoke at the funeral. That night Fred III's child was born with cerebral palsy. Donald Trump pledged that the Trump family would take care of the child's medical needs.

However, when his father's will was read it was discovered that his brother's family was cut out of the will.

Donald Trump had helped create the will.

His nephew's family claimed Donald and his other siblings had unduly influenced their father who suffered from dementia. They challenged the will. This angered Trump and he cut off support for the child with cerebral palsy.

The Daily Mail has more on this story in "Donald Trump admits cutting off medical treatment for his nephew's sick baby after will dispute with alcoholic brother's family."

Undoubtedly this story will be used for political reasons as long as Donald Trump remains a presidential candidate.

There is, nevertheless, a non-political lesson in all of this.

When families feud over estates, the feuds have a way of affecting others, like the medical treatment of a sick child.

Please schedule a consultation to discuss possible unintended consequences of your estate plan.