Richard A. Courtney, President of the Special Needs Alliance (SNA) and principal in the Courtney Elder Law Associates section of Frascogna Courtney, PLLC, testified Friday, September 18 before the U.S. House Energy and Commerce Committee Subcommittee on Health in favor of the Special Needs Trust Fairness Act (H.R. 670). The bill would enable mentally capable adults with disabilities to establish "Special Needs Trusts" (SNT) on their own behalf. SNTs are a means of protecting eligibility for assets-based programs such as Medicaid and SSI (Supplemental Security Income), while holding funds for expenses that those programs fail to cover. The same measure was approved unanimously by the U.S. Senate on September 9th. 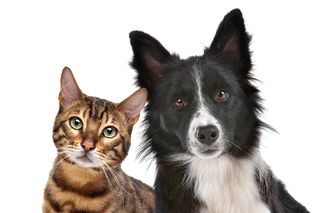 Richard Courtney told the Subcommittee members that the legislation that originally created Special Needs Trusts (SNTs), the Omnibus Budget Reconciliation Act of 1993, "included a drafting oversight that seems to assume that a person with disabilities lacks the requisite mental capacity to enter into a contract… We believe it was … not the intent of Congress to deny a basic right to individuals with disabilities."

In its report on the testimony, The (Jackson, MS) Clarion-Ledger's "Courtney testifies before Congress on behalf of persons with disabilities," said that, at present, special needs trusts funded with assets of an individual with disabilities must be created for that individual by his or her parent, grandparent, legal guardian or a court. Because of this requirement, adults with no living parents or grandparents and no guardian are forced to petition the court to create a special needs trust.

Courtney based his remarks on both his professional experience as a special needs and elder law attorney, as well as his experience as the father of a daughter with cerebral palsy and learning disabilities. Speaking of daughter Melanie, he noted that she needs and is receiving attendant care under a Medicaid waiver program. Because the cost of her care and services is expensive, she must rely on programs such as Medicaid, as do many persons with disabilities.

Right now the law says that she can't create her own trust if she were to receive an inheritance or settlement—so she could forfeit her Medicaid waiver benefits that pay her attendant to her each day for a few hours.

An SNT would allow Melanie to pay for additional health care that's not covered by Medicaid, in addition to basics like clothing, transportation, and furniture.

Please check out my website or schedule a consultation if you have questions about SNTs or other issues about a family member with a disability.

Reference: The (Jackson, MS) Clarion-Ledger (October 18, 2015) "Courtney testifies before Congress on behalf of persons with disabilities"

A New Will, Dementia & A Caregiver?

The estranged wife of late Cubs legend Ernie Banks claims the Hall of Famer was diagnosed with dementia days before he signed a will that left his entire estate to his caregiver. 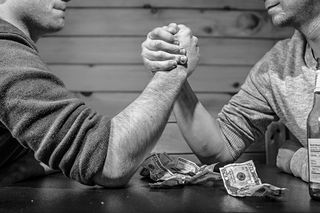 Ernie Banks was in the middle of a long and somewhat contentious divorce with Elizabeth Banks, his fourth wife, when he passed away in January at age 83. The court petition, which was recently made public, says that Elizabeth Banks disputed a March ruling that validated Banks' will. That will left all of his estate to his caregiver, Regina Rice.

The Chicago Tribune reported that Elizabeth Banks argued in the filing that Ernie’s health was in a rapid state of decline since the preceding October when he was injured in a fall. Rice, who was a longtime friend to Ernie Banks, took him in to live with her at her home in Plainfield, Illinois while he was recovering.

Elizabeth Banks alleged in those March proceedings that Regina Rice coerced the ailing baseball legend and “Mr. Cub” into making changes to his will to give Regina all of the assets. However, two paralegals testified in the case that Ernie had the capacity and was of sound mind during the notarization of the will changes. The witnesses also said Ernie also said to them that he didn’t plan to leave money to his family.

Regina Rice has told the media that Ernie’s estate was worth just a little more than $16,000 when he passed away.

For more on this story see a recent Sporting News article titled “Estranged wife claims Ernie Banks had dementia when he signed will.”

Make sure that your estate plan is legal and solid, so that there are no conflicts over your assets. Please contact my office to discuss your situation.