The latest movie in the Star Wars franchise has sparked a trend in Hollywood, as actors are seeking to define how their images can be used posthumously. 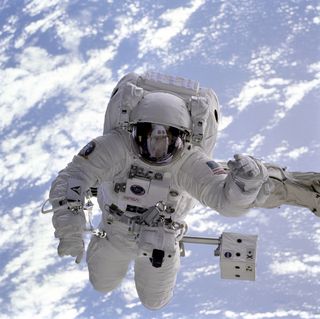 The Star Wars movie franchise has been going strong for nearly four decades. Some of the characters in the first movie are being reused in the newest films. That did not present any problems in the 2015 release The Force Awakens,  since it is set many years after the original movie. Consequently, the same actors could reprise their original roles.

However, the 2016 release Rogue One is set just before the original Star Wars movie and has some of the same characters.

Peter Cushing who played one of those characters in the original film, passed away decades ago. Carrie Fisher played another returning character. Although she has since passed away, she was alive at the time of filming.

The movie producers did not recast the roles, but instead used CGI effects to make it look like the original actors were playing the roles. There is speculation that the next Star Wars film to be released will also use Fisher's digital image, now that she has passed away.

This has sparked a new trend in Hollywood according to the Daily Mail in "Actors rush to protect their image from 'digital resurrection' after they have died following eerie Star Wars: Rogue One reanimation of Carrie Fisher."

Hollywood stars are changing their estate plans to give instructions about how their likenesses can be used posthumously, if at all. For example, some are leaving instructions that their images cannot be shown using alcohol or drugs.

Under California law, celebrity estates have the right to control the likenesses posthumously, but there are no default protections about how the images can be used. It is up to the estates, unless an estate plan instructs otherwise.

State legislatures throughout the country are currently debating whether a person's digital accounts should remain private after death or be accessible by estate administrators. A new proposal in Virginia strikes a compromise between the two sides.

One the biggest problems estate administrators face today is gaining access to a deceased person's online accounts. Digital accounts such as email, online payment sites and even social media accounts can contain valuable information and clues about the deceased's business and financial dealings. Not having access to that information can hamper administering the estate.

Nevertheless, most technology firms have taken the stance that digital accounts remain private after death and consequently they make gaining access difficult.

In Virginia, legislation is awaiting executive branch action that would allow personal representatives (executors) access to digital accounts, if certain conditions were satisfied.

Legislation initially proposed was supported by estate attorneys, but fiercely opposed by technology industry lobbyists. A counter bill was proposed that would keep digital accounts private after death.

The two sides reached a compromise that would allow personal representatives access to information for the 18 months preceding a person's death. However, to actually access the information, prior consent of the deceased would be needed.

Thus, for an example, a personal representative could see who sent the deceased emails, but could not read the contents of the emails themselves without prior consent.

As reported by The News Tribune in an article titled "Va. legislation seeks to protect digital privacy after death," the proposal has passed the legislature and awaits the signature or veto of the governor.

If you have concerned about your digital assets, or any assets at all, please schedule a consultation and I'll be happy to assist you.