A frugal librarian's $4 million bequest to a university has unintentionally sparked a controversy over how the money should be used. Recent news that a frugal and eccentric librarian left a $4 million charitable bequest to the University of New Hampshire where he worked at first caught the public's attention because of the uniqueness of the story. However, with those headlines falling out of the news, the story has taken a twist as many alumni are not pleased with how the university plans to spend the funds.

Robert Morin left instructions that earmarked $100,000 to the school library where he worked, but the remainder of the donation was given freely. The university quickly announced how it would spend it.

The plans include spending $1 million on a new football scoreboard, which has outraged some people who would rather the money be spent on academics.

The Independent reported on the controversy in "University to buy football scoreboard with thrifty librarian's money, outraging critics."

For its part the university states that in the last years of his life Morin had grown to love football and that he would approve of the plan. The controversy is, of course, part of a much larger debate about athletics and academics at colleges.

It is unlikely to be resolved any time soon.

One lesson for donors to keep in mind is that if they do not wish for their donations to be used in specific ways, then that needs to be stated in the bequest. What Morin would have wanted cannot be definitively known.

By not leaving instructions, it has to be assumed he wanted the university to spend the money however it sees fit.

A qualified estate planning attorney can help you clearly communicate your charitable intent.  Please visit my central Florida estate planning website to learn more. And while you are there, remember to sign up for my informative e-newsletter to keep you current on issues important to you and your family.

A university as old as Princeton has received many bequests, but perhaps none quite as magnificent as a recent bequest that is the largest Princeton has ever received. The university recently revealed the contents of the $300 million bequest. Some amazing treasures are included. 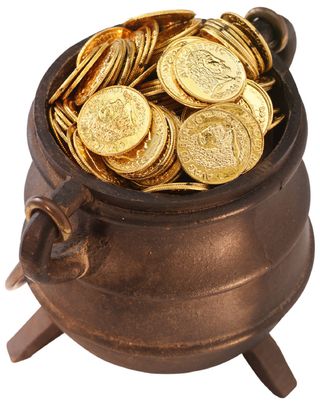 William Scheide inherited a startling collection that his grandfather had started. The collection has been maintained at Princeton University since 1959. When Scheide passed away a few months ago, he left the entire collection to the university.

It is worth approximately $300 million.

Recently, Princeton released to the public the contents of the collection, as reported by The Telegraph in "Emily Dickinson's chocolate pudding recipe and nine other highlights from Princeton's $300m book haul."

Other highlights from the Scheide collection include:

Even if you do not have an amazing collection to leave to your favorite charity, please consult me for ideas on how to leverage what you do have for good.