Don't Let The Music End For Your Family Farm

In February of 1959, rock and roll musicians Buddy Holly, Ritchie Valens and J.P. "The Big Bopper" Richardson were killed when a plane Holly chartered at the last minute crashed near Clear Lake, Iowa. The event later became known as "the day the music died." Richardson had the flu and talked Waylon Jennings into giving up his seat on the plane. Valens won a coin toss with Tommy Allsup for the last seat. The timing of these two fateful actions altered the course of history for these men and their families. My first memory of playing musical chairs was in kindergarten. Our elementary music teacher taught us not only about music but also unknowingly about competition. When the music stopped, the goal of the game was to be in a position to grab the chair and not be left standing, alone and out of the game. We were taught the "Golden Rule" — to be nice to classmates — but at the same time, the game instilled a conflicting desire to grab that last open chair from a fellow 6-year-old who may not have been quite as quick on the draw. There is a perfect storm brewing in agriculture — specifically regarding transition of assets from one generation to the next. The timing of this perfect storm could be catastrophic for a family farm. 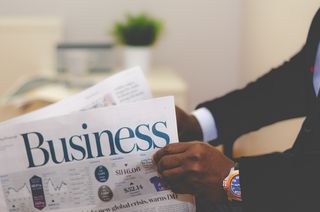 Factors included in this perfect storm include the quantity of farms owned by the older age group, as well as the psychological and emotional issues involved with trying to keep a family institution thriving and in the family. Couple these issues with the amount of capital investment required to continue the farm and the uncertainty of when things will happen, and your farm operation could be in trouble. You need a complete plan, says an article in the Iowa Farmer Today, "Discuss farm estate and succession plans now so no heir is 'left standing.'"

The article advises every farm family to create and review an estate plan and a farm succession plan. These two plans may overlap, but they are two different programs. The estate plan includes documents such as a will or trust, powers of attorney, farm continuation language, executors, trustees, distribution plans, and the age of distribution for minor beneficiaries, as well as contingency plans in the event a beneficiary has predeceased or is disabled at the time of your death. The estate plan includes the coordination of beneficiary designations of retirement plans and life insurance. An important point is to maintain liquidity to pay debts, taxes, or administration costs. This may not be accomplished by simply naming your children as beneficiaries, as many do.

A farm succession plan typically includes the business operating agreements, terms of future purchase, the terms for lease if not purchased, and limitations on ownership. Which of the parts of an estate and farm succession plan will be most important to your family will depend on the timing and what stops the music in the estate.

A key part of any estate plan is identifying ownership and an updated fair market value of the estate assets.

A good estate plan not only identifies assets but sets out a timeline to distribute those assets with a process that is tax efficient, while keeping in mind the general goals of the estate.

Sharing plans for your estate and business succession is critical for the effective and efficient transfer of the operation. You can avoid some hurt feelings and selfishness down the road if you explain your goals and transparently deal with the heirs whose ideas of distributing your estate may not be the same as yours.

A critical aspect of a succession plan is to identify the method of pricing the assets that adequately represents not only the structure of the business but also the goals of the owner. Another important component of a complete plan is a source of funding when the transition occurs, such as a loan or insurance if the buyout would occur at death. Cash flow is essential for any viable business.

Business succession and estate planning is more of an art than a science. Although there are parts of each plan that are consistent, the real value of an estate and a business succession plan is recognizing the unique issues of each individual situation. There's no "boiler-plate" plan that will work and should be automatically used for every family business. You need to find a way to create plans that fit your distinctive goals.

Sometimes being involved in a farm business without a concrete estate and farm succession plan can be a little bit like playing the game of musical chairs: when the music stops in your estate, don't let your farm heir be the one left standing with uncertainty and confusion—and ultimately find themselves out of the game.

If you have questions about succession planning for any family business, please consider scheduling a meeting to discuss your situation.

Planning to Pass on the Family Business

If you own a family business, then planning what will happen to that business after you pass away is an important part of planning for your estate. Fortunately, with careful planning it does not have to be a difficult process. 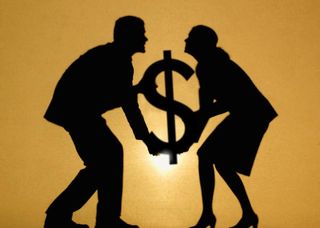 Many family businesses have failed because the founder did not properly plan for what would happen to the business after the founder passed away. If you want your business to outlast you, then succession planning is vital. If not done properly, your heirs will not know what to do and the odds that the business will fail are very high.

If you have  questions about making a succession plan part of your estate planning process, please visit my website for more information or to schedule a consultation.