“Many homeowners plan to stay in their homes over the long-term, and some may plan to live independently at home, rather than moving into a retirement community, if possible.” 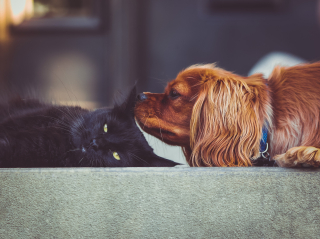 Aging in place is what most people hope for as they enter their 60s and 70s.  However, to make it a reality, there is a need to plan, according to the article “BBB On Homes: Focus on several things when aging in place,” from LMTonline.com. The Centers for Disease Control and Prevention define aging in place, as the ability to live in one’s own home and community safely, independently and comfortably regardless of age, income or ability level.

Changes in health or finances don’t always allow this to happen. Here are four things to keep in mind, when considering whether you or a parent will be able to remain at home:

Getting food and supplies. Food and medication deliveries are crucial to aging in place. What will happen, if you are no longer able to drive? If you depend on local stores for delivery and there is a major weather event, how will you manage? There are some non-profits who deliver but people must be open to the idea of receiving help from others.

Preparing for disasters and emergencies. Living alone makes it difficult to get help immediately after an accident. When time is of the essence, it can be difficult. There are many options, including medical alert systems and home surveillance cameras. However, the person has to be willing to have them. Arranging for a friend or family member to check in daily is good for every day safety.  However, it will not help in an emergency.

You’ll need health care and transportation. If you live in a city or suburb where there is public transportation, you’ll be able to get to your doctor’s appointments. If not, you’ll need to budget for taxi services.

Budgeting. Living on your own means more independence and privacy. It may cost more because certain fixed costs can only be reduced so far.

If you are considering how to remain at home, make sure to speak with family members, so they are aware of what your wishes are. With their support and if you are financially able to do so, it may make a big difference in the quality of your life.

“The goal: to see if researchers can monitor and detect health changes in older adults and enable them to live longer in their own homes. For example, early signs of cognitive decline may be detected through changes in computer use or driving.”

A research assistant tested and placed sensors in the studio apartment of a 75-year-old Portland, OR resident one June morning. The man was basically allowing his house to be reconfigured, reported The Wall Street Journal in the article “A Tech Test to Keep Seniors in Their Homes Longer.”  The man was taking part in a large national study called CART–Collaborative Aging (In Place) Research Using Technology Initiative.

The study will allow researchers to monitor his daily activities by using sensors and other technology placed throughout his home.

The goal is simple: to learn whether health changes in older adults can be monitored via technology to help seniors age in place. For instance, by monitoring computer use, driving or changes in gait and movement, the researchers will be able to detect changes or fragility issues.

This is a four-year study funded by the National Institute of Health and the Department of Veterans Affairs. The technology has already been installed in approximately 50 homes. However, the plan is to set it up in 250 homes. The seniors have agreed to allow these systems to be in place, until at least 2020.

While there are sensor-based monitors used by the elderly at home, no company has had any success with this complex a system. The logistics have been too daunting.

A CART system is seen as a potentially major change in how patients who are sent home from the hospital, for instance, or who complete their rehab, can be monitored.

At the recent installation, barely noticeable sensors were placed on the walls of the bathroom, kitchen and living space and four were installed on the ceiling. There’s no camera or video, just gathering real-time data, as the resident goes about his day in his apartment.

A slowed gait might indicate different health problems. Leaving the home less often, might signal depression. The hope is to find digital biomarkers of problems earlier than if the patient were seen in a clinic.

The system includes a pillbox with sensors to track medication use. A special scale is used to measure body composition, weight, heart rate and arterial stiffness, an important measure of cardiovascular health.

Resource: The Wall Street Journal (July 25, 2018) “A Tech Test to Keep Seniors in Their Homes Longer”

A modified RNA that encodes a telomere-extending protein to cultured human cell yielded large numbers of cells for study. 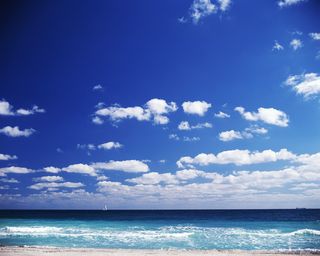 It is fair to say that immortality, or at least slowing down the aging process, has fascinated humankind for a long, long time.   The answer does not  reside in magical waters as Ponce de Leon once believed, although a day on a Florida beach in winter-time might come close.

Scientists are working with telomeres, which are the protective caps on the ends of chromosomes.  They shorten as we age (in the most general of terms.)  Work is being done in the lab to lengthen  them.

If successful, this line of research has potential with diseases of aging, and especially disorders of premature aging.

The research is fascinating if hard to understand.  Take a look at the article so you too can keep on eye as the research progresses.  Meanwhile, I can help you understand the legal side of health care decision making and planning.  Please visit my website for more information on those topics.