Issues concerning when a person can be taken off life support did not go away when the Terry Schiavo case stopped appearing in the headlines. A current lawsuit in California highlights that the issue is still very much alive. 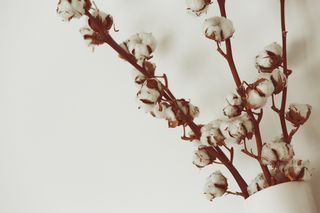 In December of 2013, then 13-year-old Jahi McMath checked into an Oakland hospital for routine surgery for sleep apnea. Doctors initially believed that the surgery was successful, but complications soon arose.

She suffered from brain swelling and cardiac arrest. A few days after the surgery, McMath was declared to be brain dead by the doctors. The designation is important as when a person is declared brain dead hospitals are no longer required to provide life support or other treatment.

However, McMath's mother refused to agree to allow her daughter to be taken off life support.

After a court battle a judge agreed with the doctors and declared McMath brain dead. Her mother continued to believe otherwise and quickly arranged for her daughter to be transferred to New Jersey as that state has a religious exemption that allows families to keep brain dead people on life support for religious reasons.

For two years McMath has continued to "live" in New Jersey on life support and her family insists that she shows signs of not being brain dead, but California has refused to remove the designation. Now, her mother has filed a lawsuit in federal court demanding that California be forced to do so.

What this case highlights is the importance of advanced health care directives, especially living wills. The one person who does not have a say right now regarding whether she remains on life support is McMath. She is a minor so her parents' wishes would take precedence over hers in any case. Adults, however, can avoid these types of situations and make their own decisions by including living wills as part of their estate plans.

Health care decision making is an important part of estate planning discussions.  Please contact my office to schedule your own appointment!

Lamar Odom and Khloe Kardashian may appear to be split on reality TV, but on paper, their divorce is not final. That could leave the former NBA player's estranged wife with the role of making medical decisions for him. Odom, who has an address in Henderson, and Kardashian both signed off on their divorce in July, but the case has not even been assigned to a judge in the backlogged Los Angeles court system. (The case was just voluntarily put on hold.)  Former L.A. Lakers forward Odom was found unconscious at a brothel in Nye County. He remains at Sunrise Hospital and Medical Center in Las Vegas, according to several people who have visited him and spoken to the media afterward. But officially, Odom was not registered as a patient at Sunrise — a status that was his right through federal laws designed to shield patient information from the public. Anyone who called asking about Odom was told his information did not appear on the hospital registry, the same answer someone would get if he wasn't a patient there at all. "Only information that comes from a hospital spokesperson is considered legitimate information," said Stacy Acquista, a marketing executive with the Far West Division of HCA, the company that owns Sunrise.

Nevada law spells out who will make medical decisions for patients who become incapacitated, which are sometimes called substituted judgment statutes.  In the Silver State, spouses or registered domestic partners are first in line. If Odom does not have advanced directives, legal documents stating his health care choices, Khloe would be the one to make these decisions.

There are several types of advanced directives, including living wills and medical powers of attorney. These estate planning documents let individuals make their wishes known to family, friends, and health care professionals to avoid confusion in cases like Odom's.

The Nye County Sheriff's Office stated that Odom had been using cocaine and sexual performance enhancers in the days prior to being discovered unconscious at Love Ranch brothel in Crystal, about 90 minutes outside of Las Vegas. (Nevada is the only state with legalized prostitution, and county regulations say that business licenses can be revoked if brothels have drug issues).

In addition to his 2009 and 2010 NBA Championships with the LA Lakers, Odom is known for being part of the Kardashian family. Khloe filed for divorce in 2013 after four years of marriage.

Even if you don't anticipate drama in life, if you are an adult (18 or older) you NEED to designate your health care decision maker.  Please set up your appointment today to make it happen.