« Should Retirement Include a Small Bit of Work, on Your Terms? | Main | Top Four Facts to Know about Estate Planning »

Celebrity Estates are Like Dynamite: It Takes Very Little to Set Them Off! 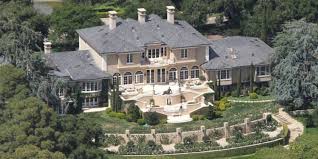 Dividing his estate between 11 different people was quite a task for pop star George Michael’s lawyers. He left out his ex-boyfriend Fadi Fawaz and his friend Kenny Goss, raising a lot of eyebrows, says The Irish Sun in the article “Most explosive wills in Hollywood history which left families feuding for decades after George Michael document revealed.” However, he’s far from the only celebrity to cut out loved ones from their estates.

Mickey Rooney—When movie star Mickey Rooney died in April 2014, at the lofty age of 93, most people assumed that this wife and eight children would be his heirs. Rooney had a long career, starring in many movies with many bold face named stars. However, he had a surprise—he left behind just about $18,000 to his stepson Mark Aber and disinherited his wife and other children. Several of his biological children objected to the will, which was signed just a few weeks before his death. The case was later dropped because it was too small an amount to litigate over.

Tony Curtis—He is another movie star who left absolutely nothing to his biological children when he died in 2010. One of his children is Jamie Lee Curtis, a successful actress and author. Instead, the star of “Some Like It Hot” and many other movies left approximately $39 million to wife number six, Jill Vandenburg Curtis. Making matters worse, she turned around and auctioned off his personal belongings, adding another million to her pile. His daughter said they were “blindsided” by his decision and her sister Kelly started a lawsuit but later dropped it.

James Brown—This is an estate battle that is just about as legendary as the soul-singer himself. Thirteen years after he died, his last will and testament is still unsettled. Lawsuits, murder accusations and a battle for ownership of his music catalog is still going on. About a dozen lawsuits have been filed by his nine children and grandchildren, who are suing his widow and claiming that she was married to another man when she wed Brown. That estate is estimated to be worth $99 million.

Joan Crawford—Made infamous by her daughter Christina’s tell-all book, “Mommy Dearest,” Crawford left more than $2 million to two of her adopted children when she died in 1977. She made it very clear in her will that her son Christopher and Christina were not to receive anything. However, the two contested the will and won about $50,000 each.

Marlon Brando—With 10 children to his name, he recognized all but one—adopted daughter Petra—and left out his teenage grandson, son of his late daughter Cheyenne Brando—in his will. With an estate estimated at $20 million, Brando passed away at age 80.

Michael Jackson—The “gloved one” cut his father out of his will before he died from a drug overdose in 2009. His father tried to contest the will but failed. Michael did not include his famous siblings either. It is thought that several of his brothers and sisters are now engaged in an estate battle, which is worth more than $1 billion. Michael took good care of his mom and his three children, Prince, Paris and Blanket.