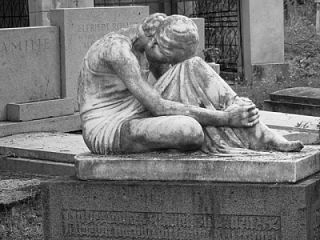 Three years later and the “Purple Rain’s” estate remains as unsettled as it was on the day he died in his beloved Paisley Park mansion, located just outside of Minneapolis, says the New York Post’s Page Six in the article “Fight over Prince’s $200 M estate could go on for years.”

The estate, which includes a 10,000 square foot Caribbean villa in addition to Paisley Park and master tapes of his has been estimated by some to be worth in the neighborhood of $200 million. But what will be left after all the battles between heirs and the consultants (whose fees are adding up)?

The heirs are now in a court-battle with the estate’s administrator, which has already blown through $45 million in administrative expenses. That’s from a probate-court petition filed by Prince’s heirs. They’ve asked the court for a transition plan and a new administrator, which is scheduled for the end of June.

One observer noted that this estate may take decades to resolve all because there was no will.

A judge had to determine who Prince’s heirs were. More than 45 people stepped up to claim inheritance rights when the Purple One died in 2016. Some said they were wives others said they were siblings and one said he was the artist’s son. DNA testing debunked that claim.

The list of heirs has been narrowed down to six: his full sister, Tyka Nelson, and half siblings Norrine Nelson, Sharon Nelson, John Nelson, Alfred Jackson and Omarr Baker.

Until fairly recently, the heirs were divided and quarrelling among themselves. For now, they have come together to challenge the court appointed bank that became the estate’s administrator, Comerica. The estate was being run by Bremer Trust at first but that was a temporary appointment.

The statement said they don’t agree with Comerica’s cash flow projections, accounting, or inventory of estate assets. They also claim that Comerica is not being responsive to their concerns. What is even worse, they say that Comerica is the reason that the estate is $31 million behind on estate taxes, which are continuing to accumulate interest.

The company stated that it was the best possible administrator of the estate and insisted it is making all tax payments necessary to settle the estate.

Everyone needs to have a will (even with a small estate) so that heirs are not left battling over assets. While Prince may have thought of himself as too young to die, a will and a plan for his estate would have preserved his assets for his heirs and let him determine what happens to his music and his artistic legacy.