« Does A No-Contest Clause Really Mean No Contest? | Main | The Big Problem with Do-It-Yourself Wills » 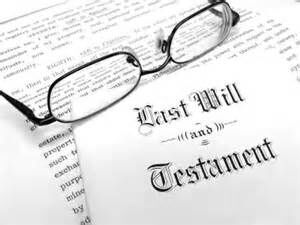 International socialite Lee Bouvier Radziwill, sister of the late First Lady Jacqueline Kennedy Onassis, has left her entire estate to her only living child, Anna Christina Radziwill. Neither of her nieces, Caroline Kennedy or her widowed daughter-in-law Carole DiFalco Radziwill, were given anything in the will, according to the Daily Mail’s exclusive article “Lee Bouvier Radziwill's Last Will and Testament shows that her lone surviving child, Anna Christina 'Tina' Radziwill, will inherit her estimated $50 million estate.”

It’s quite a contrast to Jackie Kennedy Onassis’ will, who generously instructed that each of Lee’s children were to be given $500,000. However, the relationship between the ex-princess and her daughter-in-law Carole allegedly waxed and waned, after her son Anthony’s death from cancer. Lee herself was said to be hard pressed for cash because of an extremely extravagant lifestyle. However, her own mother had set up a trust for her benefit decades ago.

Radziwill’s last will and testament was signed on Sep. 20, 2018, less than five months before she passed away. She died at age 85 of apparent natural causes in her apartment in New York City.

Her daughter-in-law, Carole DiFalco Radziwill, had appeared on “The Real Housewives of New York City.”

Because her son Anthony predeceased his mother, her will stated that she has one child, named Christina. She directed her executors to sell her New York City co-op apartment as soon after her death as may be practicable and to dispose of the proceeds, as part of her estate. She split her time between New York City and Paris, where she kept an apartment that was sold in 2017.

Throughout her high-profile life, Lee would reportedly turn to her sister Jackie and ask for funds to finance her lavish lifestyle. In response, Jackie did not leave any money for her sister in her own will, explaining simply that she had provided for her sister during her lifetime.

Lee was married to three men who left her substantial funds. The last was Herbert Ross, a wealthy director and producer. However, in her own will, light is shed on a trust set up for her by her mother, Janet Lee Auchincloss, a leading member of American society in Newport RI and Washington, D.C. The trust was created in 1975, an agreement between Jackie as grantor and Lee and the U.S. Trust Company of New York as trustees and revealed that Christina becomes the beneficiary of this and any other trusts that are in her and her mother’s name. The value of the trust was not revealed.

The executor of Lee’s wills are two friends, one who lives in Cornwall CT and another who lives in Harding Township, NJ.

Ironically, the first item in her estate states that all debts and funeral expenses be paid as soon as practicable and that no extraordinary means or special accounting loopholes be taken to avoid paying any death taxes. That’s an interesting comment from someone who was blessed with wealth, glamour and connections but never had enough money to fund her own lifestyle.