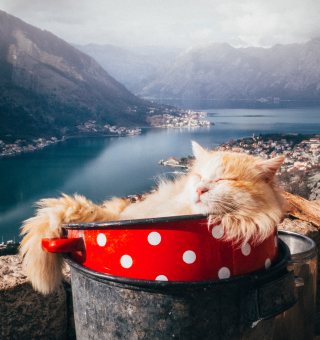 The Burmese cat owned by Lagerfeld stands to inherit a sizable amount of the designer’s fortune, estimated at some $300 million, according to a report from CBS News titled “Karl Lagerfeld’s cat to inherit a fortune, but may not be richest pet.” The cat, named Choupette, was written into his will in 2015, according to the French newspaper Le Figaro.

Before Lagerfeld died on Feb. 19, the cat already had an income of her own, appearing in ads for cars and beauty products. She has nearly 250,000 followers on Instagram and is an ambassador for Opel, the French car maker. She is also the subject of two books. Choupette has had her own line of makeup for the beauty brand Shu Uemura.

Lagerfeld was a German citizen but he and Choupette were residents of France, where the law prohibits pets from inheriting their human owner’s wealth. German law does permit a person’s wealth to be transferred to an animal.

There are three approaches that Lagerfeld might have taken to ensure that his beloved cat would be assured of her lifestyle after his passing. One would have been to create a foundation, whose sole mission is to care for the cat, with a director who would receive funds for Choupette’s care.

A second way would be to donate money to an existing nonprofit and stipulate that funds be used for the cat’s care. A third would be to leave the cat to a trusted individual with a gift of cash that was earmarked for her care.

It is not uncommon today for people to have pet trusts created to ensure that their furry friends enjoy a comfortable lifestyle after their humans have passed. Estate laws in the U.S. vary by state but they always require that a human have oversight over any funds or assets entrusted to a pet. Courts also have a say in this. There are reasonable limits on what a person can leave to a pet. A court may not honor a will that seeks to leave millions for the care of a pet. However, it has happened before.

For pets who are beloved parts of regular families and not millionaires in their own right, an estate planning attorney will be able to help you plan for your pet’s well-being, if it should outlive you. Some states permit the use of a pet trust and a no-kill shelter may have a plan for lifetime care for your pet. You’ll need to make a plan for a secure place for your pet and provide necessary funds for food, shelter and medical care.