Think You’re Not in Favor of the Estate Tax? You’ll Be Surprised 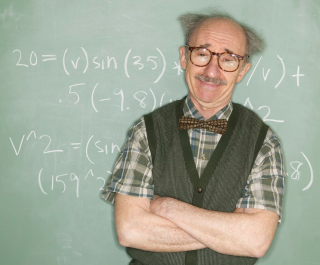 There are many headlines right now about proposals to increase taxes on wealthy people.  While this sentiment crosses party lines, the majority of people have generally always been in favor of wealthy Americans paying more taxes. However, for some reason, the estate tax has always been looked at as a bad tax that is unfair observes this article titled “People like the estate tax a whole lot more, when they learn how wealth is distributed” from The Washington Post.

The use of the phrase “death tax” hasn’t done much to enhance the federal estate taxes’ likability. It is the tax on a person’s estate and is paid when the person dies. Many people feel like it’s an unfair tax levied during a time of a family’s grief. However, a research study from Sweden has revealed some interesting responses to how people feel when questioned about wealth inheritance. Sweden abolished its estate tax in 2004.

Others in the study were not given this information. The group who received this information were more likely to support the estate tax than those who did not. Of the people who did not receive these three facts, 25% supported the estate tax. Here’s the interesting thing: support among the group that did receive these facts stood at 33%, meaning the support for the tax was boosted by about 8 percentage points.

It boils down to this: people who do not know much about wealth distribution are likely to think an estate tax is not a good thing. The larger implication is that once people have a greater understanding of how wealth is distributed (or in this case, not distributed), they are far more likely to support an estate tax.

Similar studies in the U.S. have come to the same conclusion. People were asked if the estate tax should be abolished. Half of them were told that the tax effects only estates worth more than $5 million. In that group, support for keeping the tax was 46%. In the other half, people who were not told that fact, 27% didn’t want to keep the tax.

Generally speaking, most Americans don’t know as much about wealth distribution. One study revealed that Americans think the bottom 60% of the country owns a little more than 20% of the total wealth. The bottom 60% of this country owns 1% of the total wealth. Ninety percent of wealth is held by the richest 20% of families with the richest 1% owning 40% of it.

Regardless of where you sit on the economic scale and whether you think the estate tax should be abolished, your assets will be more likely to be passed to the next generation if you have an estate plan in place.

Reference: The Washington Post (Feb. 6, 2019) “People like the estate tax a whole lot more when they learn how wealth is distributed”