« Be Careful Granting Power of Attorney | Main | Think You’re Not in Favor of the Estate Tax? You’ll Be Surprised » 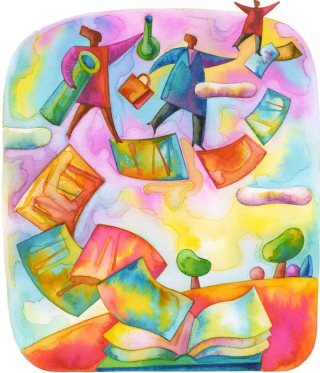 The death of this 30-year-old cryptocurrency exchange founder has exposed a key estate planning issue for anyone who owns digital assets and especially cryptocurrency: he did not leave a way for anyone to retrieve the cryptocurrency. He also died only 12 days after completing his will, as reported by Bloomberg in “Crypto Exchange Founder Filed Will 12 Days Before He Died.”

His unexpected death left $145 million in Bitcoin and other digital assets protected by his passwords and thorough security efforts. No provisions were made for anyone to retrieve the assets. His wife Jennifer Robertson was his sole heir and executor to his estate.

The Canadian press reported that a Nova Scotia Supreme Court Justice granted the company a 30-day stay on Tuesday to halt any lawsuits from proceeding at this time, and the Vancouver-based firm was granted protection from creditors.

The business was launched late in 2013 and users deposited cash or cryptocurrency through its online trading platform, storing digital currency on blockchain ledgers that are only accessible through a code. There were 363,000 registered users and 92,000 have account balances owing to them in either cash or cryptocurrencies.

Cotten, the sole owner and director, did an excellent job of protecting his assets. This was fine while he was alive but now presents a serious situation for account holders. He was very conscious about security. Everything from his laptop, email addresses and messaging system, was encrypted. He was the only one who handled funds, coins and the banking and accounting side of the business. He also moved most of the digital coins into storage that was not connected to the internet to avoid being hacked.

His wife can’t find his passwords or any business records for the company. Experts who attempted to hack into the system were only partially able to do so. Attempts to open an encrypted USB key have also failed. Some clients who claim that they are owed money, have retained counsel to represent them during creditor protection proceedings.

Cotten and his wife had no children. The assets that he left to her include several properties, an airplane, a yacht, a luxury car and his two pet chihuahuas. He died as a result of complications due to Crohn’s disease.