« Would You Be Generous, If a Windfall Came Your Way? | Main | Can I Terminate a Power of Attorney? »

A Note to Younger People: Heed the Voice of Experience 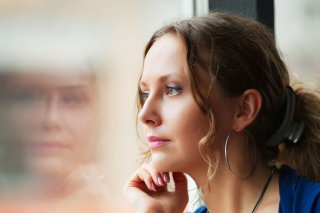 We like to think that we live without regrets but it’s not always easy to do especially when it comes to planning for retirement says The Washington Post in “The top regrets of retirees.” A study looking at retirees found that many, and especially women, admitted that they had made mistakes in their retirement planning. The report from Global Atlantic was based on data from more than 4,200 retirees and pre-retirees in America. The company wanted to learn how expectations for retirement costs lined up with reality.

The expectations often did not.

The risk of running out of money is real said the report noting that 39% of retirees said they had planning regrets. Here are the top reasons for regret:

They found themselves relying too much on Social Security for income.

They did not pay down debt before retiring. Many people today are retiring with a mortgage. People used to pay off their mortgage before retiring, but it’s less and less common now.

They didn’t save enough. Most people didn’t start saving for retirement until they turned 31. Missing almost a decade in saving can make a huge difference over time. Let’s say an employee puts away $50 every time she gets a paycheck—twice a month—and puts the money into an account with a 6% annualized return. If she started saving at age 23, by retirement age she’d have $227,150 in that account. If she waited to start saving until age 31, the account would be worth $128,578—$88,572 less. If she was able to save $100 per paycheck, by retirement, she’d have $434,299 versus $257,156.

The power of time and compounding makes a huge difference. Compounding is the process through which an asset’s earnings are reinvested to earn additional earnings over time. The more time your assets have to grow, the most compounded growth can occur.

Age 31 seems relatively young to start thinking about retirement but by waiting that long, workers are missing out on almost a decade of savings, asset accumulation and the associated potential of compound returns.

The survey also revealed that women are more likely than men to have retirement planning regrets. How’s this for a difference: 62% of women had retirement regrets, versus 47% of men. The women also noted that once they realized their mistakes, more women than men adjusted their lifestyles to increase savings, by cutting expenses, like traveling or eating out.

If you have retirement regrets, your best course of action is to do the best you can now without worrying about what you didn’t know in the past.