“Financial service providers will now be encouraged to report suspected financial abuse through the promise of immunity, thanks to a new federal law signed by President Trump on May 24, 2018.” 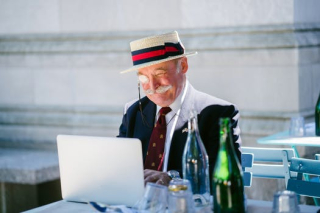 Congress has decided to try the carrot instead of a stick regarding financial service providers and financial elder abuse, as reported by WealthManagement.com in the article “The New Senior Safe Act Encourages Reporting Financial Abuse.” The legislation removes several provisions that were in the Dodd-Frank Act, based on the thinking that certain measures in the act made it harder for financial service providers to act on behalf of their clients.

Within the new law is the Senior Safe Act, cleverly branded as the S$A, which began as a bill from Maine Sen. Susan Collins. She created the S$A based on Maine’s elder abuse protections. The concept is surprisingly simple: banks and financial advisors are often the first ones to spot elderly clients making uncharacteristic transactions, from large account withdrawals to wiring funds to people who are not family members in distant parts of the globe.

During the last decade, consumer advocates, state legislators, senior advocates (including AARP) and numerous financial professionals have attempted to make reporting of financial elder abuse an accepted best practice. The Consumer Financial Protection Bureau in 2016 identified more than 25 states and the District of Columbia that mandated reporting of suspected financial exploitation of the elderly.

A core component of the law links immunity for both the person reporting the suspected abuse and their institution, including credit unions, investment advisories, broker/dealers, insurance companies and agencies and transfer agents. These are all clearly defined in the S$A.

The institutions need to train their employees, while keeping in mind the privacy issues that arise, recognizing the need that the privacy and integrity of their customer’s needs to be respected.

There is one wrinkle that should be noted by financial professionals and institutions. The language is clear that not just any employee who reports possible abuse gains immunity. Rather, the immunity is granted for those who serve as a supervisor or in a compliance or legal function, who act “in good faith” and with “reasonable care.” The law also requires the institutions to keep records on the training its employees undergo and the identity of any permitted abuse reporters. The burden remains on the institution to be sure the correct person reports the suspected abuse.

Most states today have an elder abuse hotline, often through the state’s Office of Aging Services. (In Florida:  800.962.2873) It seems that anyone who suspects elder abuse or financial elder abuse should want to make a phone call to protect vulnerable seniors. The more people who get involved, the better for seniors.