An organization whose purpose is to promote the interests of older Americans might seem unlikely to be worried too much about student loan debt, but the AARP sees the issue as a growing part of its mission. 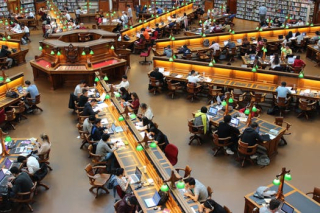 Many Americans decide to go to college after being in the workforce for some time, even decades. Colleges are typically for younger people.

That means most student loans are taken out relatively early in a person's lifetime. If everything goes well the debtor graduates, finds a job and pays off the loans. However, everything does not always go well and that is increasingly the case for many Americans.

It's a becoming a big enough problem that even the American Association of Retired Persons is starting to worry about it, as Politico reports in "Why the AARP is worried about student loans."

More generally, the AARP is worried that the increasing amount of debt graduates are carrying is making it difficult for them to save for retirement. Americans generally do not save enough for their retirements. If the student loan situation gets worse in a few decades, elder Americans could be even more unprepared to retire.

It is not as clear currently what can be done about this second problem.

Reference: Politico (June 7, 2018) "Why the AARP is worried about student loans."