Police are investigating whether legendary comic book writer Stan Lee is a victim of elder abuse. 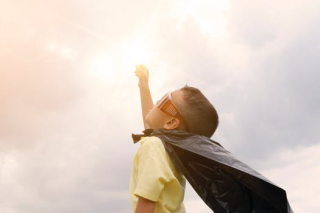 It seems that 95-year-old Stan Lee is at the height of his fame. The characters he created for Marvel Comics currently make the film industry millions of dollars annually in film after film. Lee himself appears in a cameo role in every film.

To most people Lee is known as a friendly, beloved creator of the superheroes that they love. However, there is another side to Lee's life right now, as police are investigating whether he is the victim of elder abuse, as Time reports in "L.A. Police Investigate Reports That Marvel Comics' Stan Lee Is a Victim of Elder Abuse."

After Lee's wife passed away, a man named Keya Morgan stepped in to assist Lee with his affairs. Morgan is on probation for an unrelated matter. It is claimed that Morgan moved Lee out of his home and will not let friends and family visit Lee.

Police and a social worker were sent to Morgan's home to conduct a welfare check on Lee.  However, Morgan called 911 on them and falsely reported that he was being burglarized. Morgan now faces criminal charges for filing a false police report. A restraining order against Morgan has also been issued by a court prohibiting him from contacting Lee.

While it is not yet known whether Lee is a victim of elder abuse, a common sign is when a caretaker isolates an elderly person from other friends and family.