« Retire Near the Children? | Main | Odds Say to Plan to Be a Caregiver »

Trustee At Odds With Step-Mom

Alan Thicke's widow continues to fight with his two sons over the money in his estate. 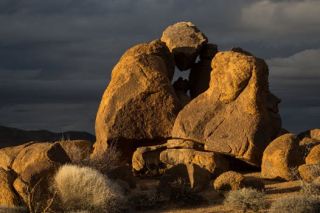 Alan Thicke's sons had previously filed a motion in court requesting that their step-mother Tanya Thicke be legally barred from challenging the pre-nuptial agreement she signed with their father. The sons lost that case and Tanya Thicke has not filed any legal challenges to the pre-nuptial. However, there are still other conflicts between the family members.

The widow is now accusing the sons, who act as co-trustees of the trust created by their father, of squandering the money, refusing to give her any information about the accounts and not giving her what she is owed.

She is upset that the sons refused to reimburse her for a monument she purchased for Alan Thicke's burial site, while reimbursing one of the sons for a $100,000 post-funeral party. TMZ reported on this development in "Alan Thicke's Widow His Sons are Being Shady With $$$ ... Where's My Inheritance!?"

Part of the tragedy here, is that Alan Thicke likely thought he was doing the right thing in creating a trust to make sure his widow and both of his sons from a previous relationship were adequately taken care of. However, a trust is only as good as its trustees.

If the trustees do not get along with one of the beneficiaries, problems can arise. Part of the reason for using a trust may be to avoid conflicts in blended families. It is not a good idea to designate a family member as trustee, when that family member is also a beneficiary with potential conflicts of interest.