A recent study found that people who retire earlier than similarly situated people, tend to live longer. However, that result is likely not directly related to the fact of early retirement itself. 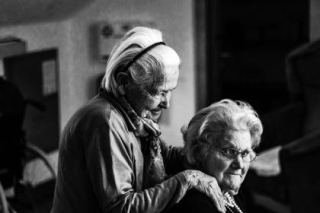 One of the many questions people face as they approach their elder years, is deciding when to retire. For some people, the decision is primarily made on the basis of their finances.

Those who have saved more than others can retire earlier. However, for some people the decision also includes lifestyle preferences.

Many would prefer to continue working, even though they can afford to retire. A new study might throw another factor into the decision-making process.

Researchers in The Netherlands studied people in similar work and found that those who chose early retirement ended up living longer on average than those who did not as the New York Times reports in "The Connection Between Retiring Early and Living Longer."

This study contradicts the findings of earlier studies that have found the exact opposite result: that people who retire earlier live shorter lives than those who do not. That means there is an important lesson for seniors to learn when comparing the studies.

What matters more than when someone retires, is what they do during retirement. Seniors who use their time to exercise more, get more sleep and lead generally healthy lifestyles tend to live longer. Those who do not do those things, tend to live shorter lives than their peers.

Elderly people who want to live longer lives, should, therefore, make sure they remain active in their retirement years.