« Text Message A Will Down Under | Main | IRS's Under Audit »

Will The Kids Want Your Stuff?

People accumulate a lot of stuff throughout their lives that is useless for other people. There is a process in Sweden, known as death cleaning, that people use to get rid of possessions before they pass away. 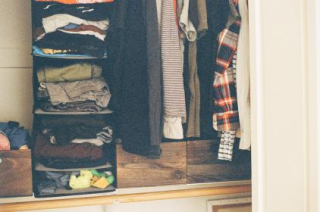 Most people have many random things in their homes that they have accumulated over the years. While many possessions have some sort of value or use, there are other things that just accumulate and create clutter.

These items can be old newspapers and magazines that were just never thrown out for some reason.  They can be old clothes that are decades out of fashion that remain in closets and drawers. It can be documents from old seminars.

Some people even still have their college books and assignments stored away in boxes somewhere.

It is not a big problem for most people to have this stuff around the house, but someone is going to have to clean it out eventually. It often falls on family members, after the person who accumulated the stuff passes away.

The New York Post reports on a Swedish tradition on how the clutter can be handled in "Swedish death cleaning is the morbid new way to de-clutter your life."

As people grow older in Sweden, they begin an intentional process of thinking about whether they still need the things they have accumulated. If they do not and they do not want to leave the items for their heirs to deal with, then they gradually begin to get rid of the items.

This is called dostadning, or death cleaning in English. It is not a one-time deal. It is something that people do over the course of their lives, often beginning when they are as young as 50.

You do not necessarily need to start death cleaning.  However, you should think about what will happen to your possessions after you pass away. Doing that at a minimum should lead you to get an estate plan, so what you want to happen will actually happen.

For more information about all aspects of estate planning in Orlando and all of Central Florida, please check out my website.  While you are there, be sure to sign up for our monthly informational newsletter.