As Congress debates President Trump's promised tax reforms, including eliminating the estate tax, it is proving difficult for the administration to bring everybody together on an agreement. 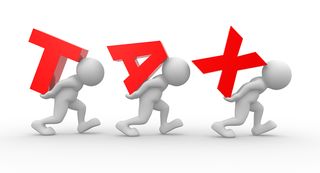 In case you were not paying attention this spring, as Congress debated repealing Obamacare, a review of the process that unfolded over health care might be helpful to understand what is unfolding with tax reform.

In the House of Representatives, repeal of Obamacare was initially stalled because moderate Republicans and staunch conservatives could not reach an agreement over how it should be replaced.

Democrats did not think it should be replaced at all.

Eventually, Republicans did agree on something and the issue was taken up by the Senate where the same thing happened. Republicans could not agree on anything and Democrats refused to help.

The same process is now starting to repeat itself on tax reform, according to The New York Times in "Two Bankers Are Selling Trump's Tax Plan. Is Congress Buying?"

The Trump administration officials in charge of getting Republicans in Congress to pass a tax reform package are finding it difficult to bridge the divide between moderate and conservative Republicans.

If something cannot be worked out between those two groups, then Democrats will be needed to pass anything. For now, few Democrats are inclined to help.

This has important implications for the future of the estate tax.

If Democratic votes are needed to pass a bill, they are unlikely to agree to anything that eliminates the estate tax and might even demand that it be raised in part to pay for any tax cuts.

For more information about estate planning in Orlando, FL (and throughout the rest of Central Florida), and to keep up on tax reform measures, visit our estate planning website and be sure to subscribe to our complimentary estate planning e-newsletter while you are there.