« Medicaid Pays For Majority of Long-Term Care | Main | Yes, the Wealthy Can Get Social Security »

As part of the ongoing feud over everything Michael Jackson related, music producer Quincy Jones filed a claim that he suffered from elder financial abuse. 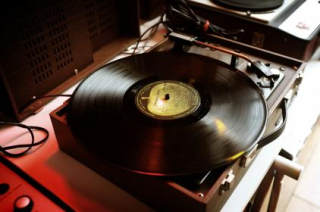 The legal battles over who is entitled to what from the proceeds of Michael Jackson's music and estate are never-ending. As part of that dispute, music producer Quincy Jones filed a lawsuit against Sony and MJJ Productions claiming they tricked him out of money that should have been his for producing some of Jackson's albums.

Jones alleges that the companies labeled some money as profit, when it should have been considered royalties to which he was entitled.

After filing that initial claim, he requested to add a claim of elder financial abuse to it, since he was over 64 at the time of the incident.

The judge in the case ultimately rejected that request, as TMZ reported in "Quincy Jones I suffered Financial Elder Abuse ... Judge in MJ Case Rejects Claim."

Financial abuse of the elderly is a serious and ongoing problem in the U.S.

While not enough details are known about Jones' allegations to know whether the judge ruled correctly, it is important to understand that every time an elderly person loses money, it is not necessarily elder financial abuse.

To rise to the level of elder abuse, there normally needs to be some sort of intent to take advantage of an elderly person's diminished mental capacity.

If you have questions about what is and is not elder financial abuse, contact an elder law attorney, especially if you think an elder you know might be getting abused.

For more information about elder law in Orlando, FL (and throughout the rest of Central Florida), visit our estate planning website and be sure to subscribe to our complimentary estate planning e-newsletter while you are there.