The Earl and the Pop Star

A British lord is connected to a pop star who is notorious for partying uncontrollably. However, it is probably not in the way that you might think. 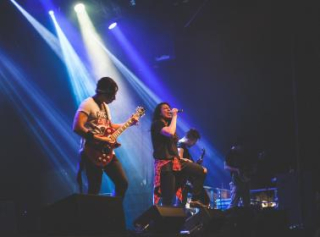 Upon hearing that the Earl of Cardigan, whose ancestor led the famed Charge of the Light Brigade, has a connection to a pop star best known for partying hard, your first thought would probably be that an older aristocrat had started dating or married a much younger woman. Your opinion probably would not change, if you learned that the connection between the Earl and the pop star had led to three separate trustees of the Earl's estate stepping down.

However, in this case, your thought would not even be close to the truth, as the Telegraph reported in "Earl of Cardigan's lawyer quit in latest storm to hit troubled estate."

It appears that a trustee of the estate rented a house on the Earl's estate to the British pop star Pete Doherty, who is notorious for throwing parties and causing large amounts of damage.  It is not surprising that is exactly what Doherty is alleged to have done at the estate.

The Earl of Cardigan was not happy. As a result, two estate trustees stepped down three years ago. The Earl sued them last year. The latest bit of news is that another attorney acting as a trustee for the estate, has also stepped down and has been vague about the reasons for doing so.

It is not clear what will eventually happen with this estate.

If the Earl cannot get along with his attorneys, he might find it much harder to get new ones to work as trustees for his estate.

For more information about  estate planning and trust administration in Orlando, FL (and throughout the rest of Central Florida), visit our estate planning website and be sure to subscribe to our complimentary estate planning e-newsletter while you are there.