Do Killers Have Right to Die?

A notorious serial killer in the U.K., who has been behind bars for decades, presents an unusual challenge for advocates of right to die laws. 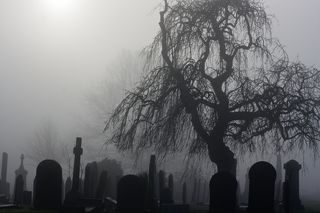 The name Ian Brady does not mean very much to most people in the U.S. However, in the U.K., the name is as notorious, but not as mysterious as Jack the Ripper. In the 1960s with the help of a partner, Brady committed the Moors Murders. They murdered five children, after sexually torturing their victims.

Margaret Thatcher later called the crimes "The most hideous and evil in modern times."

Now, at the age of 79, Brady suffers from several severe health problems, including mental health issues that require constant care. He is locked away and receiving treatment in a secure hospital. However, he would like to be transferred to a prison facility in his native Scotland,  since Scottish prisons do not force feed inmates.  This would allow Brady to refuse food and pass away.

FOX News reported on this story in "UK's 'most evil' serial killer is fighting for right to die."

Thus far, Brady has been unsuccessful in court. His latest attempt at earning the right to die was decided on a technicality concerning his legal representation. However, the idea that notorious inmates have a right to die, like everyone else, could eventually present a challenge for advocates of right to die laws, including physician-assisted suicide advocates.

At some point, it seems likely that a terminally ill person who is serving a life sentence will seek to be allowed to die just as a non-prisoner has the right to do. The question will then need to be answered, whether that should be allowed on humanitarian grounds or would allowing it be considered letting a guilty person get out of a just punishment for his crimes?

It is not an easy question for anyone to answer.