Heirs Down the Line Preserve Less

The further removed heirs are from the generation that initially earned generational, family wealth, the less likely they will be to preserve that wealth. 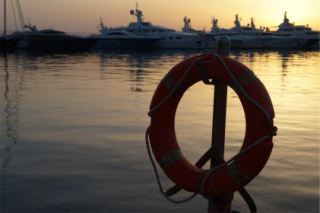 Some people have earned great wealth through their own efforts and know how hard that is. Their children are often, but not always, also aware of how much hard work went into amassing enough wealth to be able to pass it down for generations.

They will often continue trying to preserve the wealth.

However, the situation gets murkier when it comes to the grandchildren and great-grandchildren of the initial wealth generators, as Private Wealth discusses in "Heirs May Not Guard Wealth, An Advisor Says."

The further removed heirs are from those who created the wealth, the less likely those heirs are to understand the work that went into it and the more likely it is that having wealth will seem like a natural occurrence to them.

This often leads to these later generations spending more of the wealth than they should and not leaving enough for it to continue passing down through the family.

There are ways to help protect against this.

Those who create the wealth can discuss the issue with their estate planning attorneys and devise ways to make it more difficult for later generations to waste what they inherit. Another good idea is to make sure that subsequent generations receive solid financial educations and advice.