« What Kind of Dancers At Your Funeral? | Main | Stretch IRAs Stretched to a Limit? »

Cutting Benefits Relied On By Elderly Could Cost Lives

The facts that Social Security and Medicare will eventually run out of funds and that Republicans are now in control of the government have many elder law advocates worried that elderly entitlement programs will be reduced. That could lead to unintended consequences. 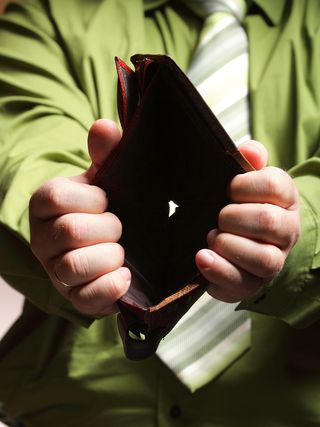 One of the major causes of suicide in the United States is worry over financial troubles. When people do not have enough money to make ends meet and are not certain how they can get the money, some of them despair and turn to desperate means including suicide.

Most of the time the people who commit suicide for these reasons are working age people. Thanks to Social Security and Medicare, most elderly people in the United States have a level of protection that they can rely for their basic needs.

However, if those programs are cut or have their benefits reduced, that could change as Financial Advisor discusses in "Senior Suicides Could Rise If Social Security And Medicare Cut, Experts Warn."

Experts have concerns for two reasons.

The first is that there could be a devastating psychological impact for some elderly people who were promised benefits they will no longer receive. The second is that cuts to benefits could lead to more elderly people struggling financially.

Both of these problems could lead some people to commit suicide.

Of course, it should be noted that most proposals to reduce Social Security and Medicare benefits do not apply to those currently receiving benefits or those who will soon be receiving them. Most proposals apply only to younger people.