Due to a unique quirk in Minnesota law it might not be required to have a blood relationship to him for some people to be declared his heirs. 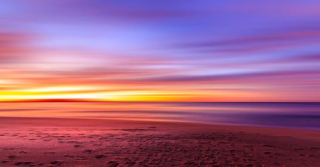 The list of potential heirs to Prince's estate has been narrowed down considerably as the judge in the case has thrown out many claims. However, that does not mean the issue of who will inherit a share of his fortune is entirely settled.

It was previously believed that DNA testing would provide definitive proof of who his heirs are, but that turns out to not be the case as the Twin Cities Pioneer Press reports in "In Prince estate case, blood relation might be unnecessary."

Due to a unique feature in Minnesota's family law it is possible the descendants of Duane Nelson could be declared to be related to Prince and receive a share of his estate even though Nelson is not a biological relative of Prince.

Under Minnesota law someone who is treated as a child can be legally declared a child even if they are not. Duane Nelson was previously thought to be Prince's half-brother through his father, but it now appears Nelson was not. Interestingly, Nelson’s birth certificate lists Prince's father as his own.

If the judge decides that Nelson is related under the law, then Nelson's three children have a claim to a share in Prince's estate. The law itself gives little guidance for the judge to make a determination, so it is not clear how the court will rule.

For more information about estate planning and avoiding planning pitfalls in Orlando, FL (and throughout the rest of Central Florida), visit our estate planning website and be sure to subscribe to our complimentary estate planning e-newsletter while you are there.