A new national museum dedicated to the history of African Americans will not feature any Martin Luther King Jr. artifacts. The likely reason is because his heirs have not gotten along well. 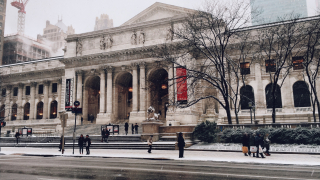 The newly opened National Museum of African American History and Culture in Washington D.C. would seem to be an ideal place to honor the legacy of Martin Luther King Jr., as he is the most well-known civil rights leader of the 20th century. However, as the Washington Post reports in "Why no major Martin Luther King Jr. artifacts will be at the new African American museum," the museum will not have any of King's personal artifacts.

The reason for that has nothing to do with the museum not wanting to honor King. Instead it appears to be the result of his estate's problems.

King's children met with the curator and offered to loan the museum King's Bible and Noble Peace Prize to display. The curator turned them down.

The official reason for declining is that the museum prefers to display gifted items and not those that are loaned and can be taken back. That is of particular concern here because King's children have a long history of feuding with each other over their father's estate.

The Bible and the Noble Peace Prize have often been a source of contention between the children.

This is another example of the consequences when the heirs of an estate cannot peaceably settle their differences. Unfortunately, in this case the entire nation has to face those consequences as visitors to the museum will not be able to see King's artifacts.

Reference: Washington Post (Sept. 11, 2016) "Why no major Martin Luther King Jr. artifacts will be at the new African American museum."