Waiting for the Tesla Model 3?

If you are currently on the waiting list for the Tesla Model 3, what happens if you pass away before getting the vehicle? 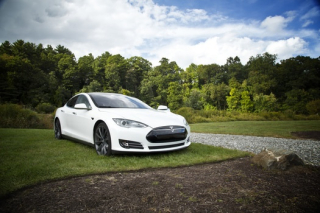 The announcement of the Tesla Model 3 generated enough buzz that more than 300,000 people paid $1,000 dollars each to be on a waiting list for the chance to purchase the vehicle when it becomes available. As the car is not expected to start shipping until late in 2017, that makes it likely some on the waiting list will pass away before getting their hands on the coveted electric vehicle.

Bloomberg reported this development in “What Happens When You Die Waiting for a Tesla?”

The actuarial reality that people on the waiting list will pass away means they should be aware of what might happen to the right to purchase the vehicle in the event of death.

Everyone on the waiting list signed a contract with Tesla that explicitly states that the right to purchase a Tesla Model 3 is not transferable to another person without the prior approval of Tesla. This is included as Tesla was concerned that spots on the waiting list would be hoarded and sold at higher than retail value when the car starts shipping. Even estates must sekk permission from the company to transfer the right to purchase to an heir or beneficiary.

If you have other questions or concerns about passing assets of any kind to your heirs, please get in touch.