« Disconnect between Parents and Adult Children | Main | Can the Wealthy Buy Immortality? »

New Firearms Rule For Estates Went Under the Radar

New rules issued by the Bureau of Alcohol, Tobacco, Firearms and Explosives provide some clarity for executors of estates that include firearms. 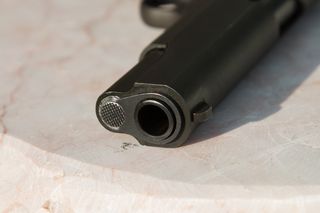 Any new proposed gun control laws or regulations are almost guaranteed to set off a political controversy—or so it would seem from media reports and the most vocal partisans on both sides. However, a new rule issued by the Bureau of Alcohol, Tobacco, Firearms and Explosives has recently gone into effect with relatively little media attention or interference from politicians.

Most of the attention that the rule, which went into effect on July 13, 2016, has received has been centered on what it means for using gun trusts as a way to transfer ownership of firearms. Less discussed is that the rule also contains provisions for administrators of estates as Forbes reports in “Gun Trust Loophole Closed, Background Checks For All.”

The new rule clarifies two major points for estate administration. The first is that an executor or personal representative of an estate that contains firearms can take possession of the weapons without it being considered a transfer. This protects the executor from liability for possession of an unregistered weapon under the National Firearms Act. The second clarification is that the estate can transfer a firearm to the beneficiary of the estate without paying the transfer tax. Transferring firearms to a non-beneficiary still requires that the tax be paid.

These clarifications make things a little easier for executors, but it is still not advisable to administer an estate that includes firearms without the assistance of an attorney. Transferring guns can still be a legal landmine of federal, state and local laws.

Personal representatives need to make sure they are doing everything correctly. Contact an estate planning attorney well-versed in “gun trusts” specifically and firearms law generally.

Posted by Linda Solash-Reed on 08/03/2016 at 08:56 AM in Estate Administration, Executor, Gun Trusts, Personal Representative | Permalink