Tom Benson Claims Daughter and Grandchildren Tried to Kill Him 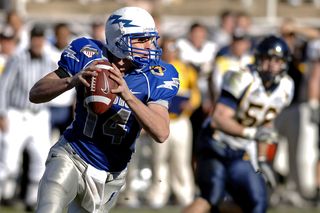 For the last year Tom Benson, the owner of the New Orleans Saints and Pelicans, has been in a bitter fight with his daughter and grandchildren. The fight began when Benson announced in January 2015 that he was planning to leave his entire estate to his third wife and cut the daughter and grandchildren out completely. Their response was to file a lawsuit in Louisiana state court alleging that Benson was incompetent.

They lost that case. However, they have also been pursuing another lawsuit against Benson in federal court, which was triggered when Benson transferred ownership shares of his professional sports teams out of a trust set up for the benefit of the daughter and grandchildren. Benson is allowed to transfer the shares as long as he substitutes assets of equal value for them. So far, he has allegedly only offered to replace the shares with promissory notes.

ESPN reports that the case has taken a new turn in "Saints/Pelicans owner Tom Benson wants 'zero' left in trust to daughter, grandchildren."

A deposition taken of Benson in the state court case was supposed to be under seal, but portions of it have been leaked to the public as the trustee attached them to court filings in the federal case. In the deposition Benson stated that he wants to leave nothing in the trust.

The reason he gave for this was that his daughter and grandchildren tried to kill him. When asked how they did that Benson claimed that they picked on his wife when he was not feeling well.

This case is likely to get even more interesting over time.

Even if your family life is not like a TV movie, advance planning is a must.