Alzheimer's disease is a frightening thing to think about getting for anyone. Understanding what we know about the disease can help lessen that fear, but one of the most important things to understand about Alzheimer's is what we still do not know about it. 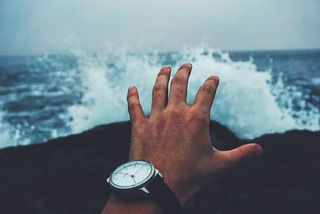 Everyone knows what the end stage of Alzheimer's disease is like. Thinking about getting it can give anyone the chills. What are not as well known are the early stages of the disease and the current state of scientific understanding about them.

Recently, the New York Times attempted to explain that in "What Is Alzheimer's Disease?"

Anyone who has ever lost her car keys and wondered if she was getting Alzheimer's can rest easy. Minor lapses of memory are common and often increase with age. They are not necessarily a sign Alzheimer's is present.

Alzheimer's is diagnosed by assessing memory loss that regularly impedes basic life functions. Beyond that, however, the current scientific knowledge about the disease is somewhat lacking. It is uncertain what causes the disease in the majority of cases.

A genetic marker that has been shown to increase the likelihood of Alzheimer's is only present in a minority of patients. Medications are available to treat Alzheimer's, but they only slow its rate of progress for a little while. There is currently no cure.

Even though there is still a lot to learn about Alzheimer's disease there is something that everyone can do about it. Everyone should get a health care directive and a durable power of attorney so that if they are unfortunate enough to get Alzheimer's a trusted person can have legal authority to handle their affairs.

Please schedule a consultation if you need these essential documents or have not updated yours within the past few years.