Is Minimum Wage A Senior Issue?

At first glance it might not seem that the battle over raising the minimum wage is of pressing importance to retired people, but if one advocacy group is correct it might be a vital concern for seniors in nursing homes. 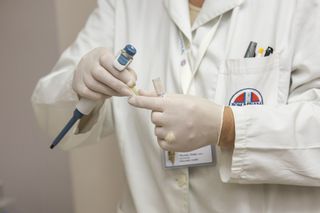 The current political battle over raising the minimum wage does not necessarily seem like one that would be at the top of the agendas of retired people. If anything, a big raise in wages could increase the costs of goods and services, which would harm those on fixed incomes.

However, the Paraprofessional Healthcare Institute reports that low employee compensation does harm seniors in a very specific way in that it hurts the quality of care in nursing homes staffed by underpaid nursing assistants.

The theory is that underpaid caregivers have stresses in their own lives that can lead to not performing as well on the job. It also makes it more difficult to retain good, experienced caregivers who leave for better paying employment.

There are a couple of counter arguments to this. Most importantly, data suggests that quality of care in nursing homes is generally going up despite the low wages paid to nursing assistants. Another problem is that if wages in nursing homes are increased, it is not clear where the money will come from.

While it is debatable whether raising the minimum wage would help or harm seniors, what this shows is that elder law issues must be considered in a larger context.

We would be happy to assist with any aspect of planning for your long term care needs.  Please schedule a consultation at our Orlando Elder Law practice.