.State governments are rightfully concerned that wealthy elderly citizens will move to other states that have more favorable estate tax laws. In a clear trend this is causing more and more states to do away with or decrease their estate taxes. 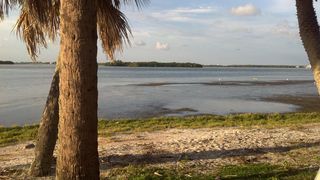 State governments with revenue shortfalls face an interesting dilemma. While they can get much needed tax revenue by taxing the estates of wealthy citizens, there is nothing preventing those citizens from moving to different states with lower estate taxes before they pass away.

When such citizens move away that means these state governments with estate taxes do not receive income or capital gains taxes from those wealthy people. In the end, such states must determine which taxes are more important to them and their budgets.

Kiplinger's Personal Finance reports in "More States Giving Heirs a Break on Estate Taxes" that the majority of states have chosen to keep their citizens rather than impose an estate tax.

So, how many state still have an estate tax? At present, this number includes only 14 states and the District of Columbia. Tennessee is the latest state to do away with its estate tax and six other states have increased their estate tax exemptions recently.

Although it might be tempting to say this trend is clear evidence that estate tax revenue is not as important as other revenue, there probably is not enough definitive evidence to make that claim. The political controversy surrounding the estate tax might play some role in this trend amongst the states.

It will be worth watching if the states still imposing the tax continue to face pressure to repeal it to keep the wealthy from fleeing to Florida from other states in their retirement years.

If you have any questions about your own estate or tax situation, please contact my office to schedule a consultation