Leaving money in your estate for the care of a beloved pet is often a good idea. However, there are some people who have taken it to an extreme. 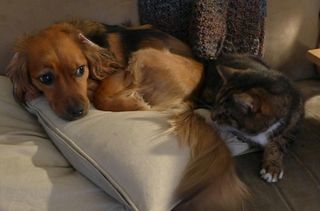 In recent years including pets in estate plans has become more and more popular. People want to know that both their human relatives and their pets will be okay when it comes to distributions from their estates.

Typically, only enough money is set aside in an estate plan to provide for lifetime care for the pets. A few pets, however, have inherited extreme amounts of wealth.

Recently, Time published a list of some of these wealthy pets in "The 10 Richest Pets of All Time."

Of course, you do not need to leave a pet anywhere near the above amounts to make sure they are taken care of after you pass away. If you would like to include your pet in your estate, please schedule an appointment to learn about your options.