« Avoid These Common Estate Planning Mistakes | Main | What Do The Uber-Wealthy Do with Their Money? »

For decades, states have granted courts the power to appoint guardians or conservators for elderly or disabled people unable to tend to their basic needs. Most appointed guardians are family members, but judges can turn to a professional, unrelated guardians. Often the guardians are granted broad authority over a ward's finances, medical care and living conditions. 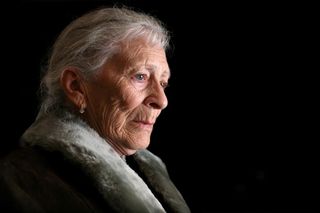 However, the Wall Street Journal's recent article,"Abuses Plague Guardianship Systems Across the Country," says that guardianship systems nationwide are rife with allegations of financial exploitation and abuse despite reform efforts. As a result, some say that many elderly people with significant assets are just becoming ensnared in a system that seems mainly to succeed at generating billings.

"These laws which were designed to protect the vulnerable are being used against them to exploit them," Dr. Sam Sugar is quoted as saying. Sugar is the founder of Americans Against Abusive Probate Guardianship, an advocacy group.

Because guardianship systems vary by state and county and record-keeping systems are inconsistent, exact national data is unavailable. Nevertheless, the report notes that the roughly 1.5 million adult guardianships in the U.S. deal with about $273 billion in assets.

These issues are getting more urgent as aging baby boomers will cause the population of seniors to just about double by 2050, according to Census estimates. For example, in New Jersey, the number of adult guardianships added annually increased 21% from 2009 to 2014, to 2,689 cases.

Guardians who have proper judicial oversight generally do a good job protecting elderly people from exploitation by acquaintances and others. But the worst cases are those where there is no guardian.

The expenses that are part of a guardianship—including legal representation for both guardians and wards—typically get paid from the ward's assets. Some jurisdictions have a public guardian's office that handles cases for indigent clients. But this financial arrangement, critics say, encourages lawyers and guardians to perpetuate guardianships indefinitely.

Please consider a consultation to learn more about guardianships, how to avoid them and to make sure that your loved one is being cared for in the best possible way.