From shirtsleeves to shirtsleeves in three generations, goes the early 20th-century American proverb. Then there's the 19th-century British version: Clogs to clogs in three generations. And from Italy, date uncertain: From the stable to the stars and back again. You'll find similar sentiments in almost every language, all expressing the same thought: It's nearly impossible to pass on family wealth and have it last beyond your grandkids. Statistics back up the folklore. Studies have found that 70% of the time, family assets are lost from one generation to the next, and assets are gone 90% of the time by the third generation. That's because a crucial element of successful inheritances is often neglected. Traditionally, the focus has been on the givers of wealth, but it should rather be on the receivers. Investing assets wisely and crafting a good estate plan are crucial to success, but so is preparing the heirs. "Estate planning is a process to transfer wealth, but it doesn't help the family develop an infrastructure to sustain it, or keep the family unified from one generation to the next," says Debbie Dalton, a Bay Village, Ohio, resident, whose family is learning how to successfully steward the wealth that her father, a chemical engineer, amassed as founder of cryogenic equipment maker Chart Industries.

The recent article in Kiplinger's Personal Finance, "5 Strategies to Keep Your Heirs From Blowing 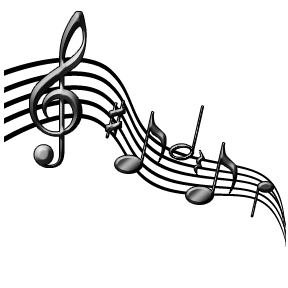 Their Inheritance," explains that preparing the next generation has a lot to do with financial literacy. In addition, it means passing down and putting into practice values that will sustain your family as well as your fortune. A successful inheritance requires parenting and money management – regardless the eventual estate size.

There are a number of challenges that come with a family windfall. Inheritors can lack self-esteem if they suspect that their success stems from their inherited wealth instead of their own efforts. Or they may feel guilty and have trouble accepting good fortune that wasn't earned, and their emotional development can be delayed if they never have to face important life challenges. They can get bored, which puts them at risk for substance abuse or other self-destructive behaviors. Lastly, heirs can get frazzled with too many options or be paralyzed by a fear of losing their wealth.

It's no wonder that rich folks like Warren Buffett and Sting have said they will "spare" their children from inheriting fortunes. They're going to give most of theirs away or spend it. Buffett said the ideal inheritance for kids is "enough money so that they would feel they could do anything, but not so much that they could do nothing." Sting told Britain's Daily Mail last year, "I certainly don't want to leave them trust funds that are albatrosses round their necks." But that attitude is rare among wealthy parents. Most parents don't want to disinherit their kids, but they want a game plan that will not only keep the family assets intact but also keep the kids grounded, healthy, and productive. There are programs to help prepare the next generation for the riches they'll inherit that are more than just money managers' advice.

Get over the money taboo. Family finances are often an unpopular topic of discussion, particularly when the parents think that family wealth might spoil their kids. Young people without preparation who suddenly come into a trust fund when they turn 21 or if both parents die in an accident can go totally out of control, just like some lottery winners. (The same goes for spouses.)

Heirs who are not ready frequently believe that their parents thought they were incapable of handling the information or couldn't be trusted with it. Be up front about the wealth you have and your plans for it.

Embark on a mission. Make sure your legacy is about more than money. Try writing a mission statement, and have family members write down the values they want to emphasize in their lives, such as education, philanthropy or self-sufficiency. This helps the family identify the long-term purpose of their wealth.

Raise money smart kids. Teach kids from an early age about budgeting and saving. Get kids a piggy bank with three slots or three separate piggy banks—one for spending, one for saving and one for giving. Tell grandparents who like to give cash to make them in multiples of three. In addition, allow older kids to budget an allowance to cover their expenses. That means looking at the monthly average spent on his or her car insurance, cell phone, and other "essentials." Give them an allowance to pay those bills. Without a budget, kids won't learn to prioritize or make decisions about money.

Give Your Kids "Financial Training Wheels." Don't wait and withhold all access to the family fortune in order to preserve it. Seed an investment account when children are in their late teens and let them make investment decisions and agree to match a percentage of the returns earned over a specific time period. The child can withdraw money from the account, but the parent can't add to the principal, which will teach them about investing and spending. It will also show them the power of compound growth as well as the opportunity cost of robbing a nest egg.

Assemble a good team. In addition to an experienced estate planning attorney, bring in mentors for the next generation, such as board directors and other successful businesspeople. This de facto advisory board is nice when your kids' friends and classmates start asking them for contributions to investment schemes or business start-ups. They want to help their friends, but the best way is to defer… so if the committee says "yes," they're a champ. But if it's "no," then it's not his fault.

You'll have the best chance of preserving both your wealth and your family with a multigenerational effort that starts when your kids are born, not when you die.

An experienced estate planning attorney can help guide you throughout.  Please get in touch with me if you would like a consultation about your estate, no matter how large or small.