"Mistitling of assets is one of the prominent causes of failed estate plans," asserts Avani Ramnani, CFP®, director of financial planning and wealth management at Francis Financial, a wealth management firm in New York. What might go wrong? As an example, Daniel Timins, CFP®, an estate planning attorney in New York, says that one critical aspect of titling that has led to a "shocking number of legal disputes" is whether an account is titled joint tenants with right of survivorship (JTWROS) or a mere "convenience account." 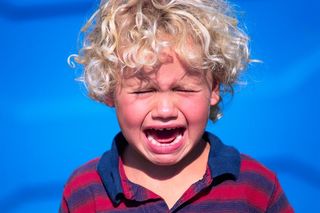 The website financialplanning.com recently posted “Titling Mistakes Can Disrupt Estate Plans,” which discusses the situation where an elderly parent may title a bank account as JTWROS with an adult child who can help with paying bills if the parent is unable to handle his or her own affairs. When the parent passes away, the balance in that account will go to that child. If the parent was thinking of giving the surplus to all other children, this will not take place with a JTWROS account.

A convenience account is strictly for situations where one owner wants another person to have access to funds to pay bills, such as with an elderly parent. Many states allow these convenience accounts that let someone use the funds for the original owner's benefit, but the convenience signer doesn't own the account.

Convenience accounts do not pass to the other owner at death. The account can lead either to a future probate of the account or the convenience owner walking off with the funds because he thinks he deserves them.

Creating a JTWROS account to help an elderly person may lead to family issues. It isn’t uncommon to see an adult child assisting his or her parents with their finances as they get older, but families need to exercise caution when they consider retitling accounts.

As an example, one daughter wanted to be put on all of her mother's accounts. This would’ve created a potential issue at the time of passing. Even worse, it could precipitate theft or misappropriation of the funds. The family should use a power of attorney instead. A power of attorney ceases at death, so the family would have to file with the court to get to any open accounts after death.

Please consult me or another experienced estate planning attorney before adding a non-spouse to any account.