A Naperville businessman was sentenced recently to seven years in federal prison and ordered to pay more than $3.3 million in restitution for conning clients into investing in nonexistent Turkish bonds as part of an elaborate, $28 million Ponzi scheme, authorities said. John T. Burns III was an owner and operator of USA Retirement Management Services, according to a release from the office of Zachary T. Fardon, U.S. Attorney for the Northern District of Illinois. The release said Burns persuaded a dozen clients to invest more than $3.3 million in Turkish bonds "on the promise of lucrative returns." He told the investors – many of them retirees – "that he had substantial experience investing money on behalf of clients; that he and his parents were personally invested in the bonds; and that the profitable returns in those investments were providing financial security to him and his family," the release read in part. 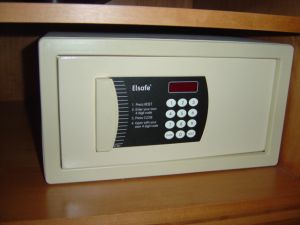 According to The Naperville Sun, “Naperville Man gets Prison for Role in $28 million Investment Scam” Burns was a mortgage salesman with no professional investment or estate planning experience. His family didn't invest in the Turkish bonds because they didn't exist!

A jury convicted Burns of wire fraud and mail fraud for his part of a larger Ponzi scheme, which bilked $28 million out of 120 people. Burns identified potential investors through seminars that promoted his presentation and offered a free meal to attendees. He then followed up with prospective clients and pitched what he claimed was a uniquely profitable investment opportunity in Turkish bonds. But Burns didn't tell them that the Turkish bonds didn't exist. Their investments were used to pay other investors in the scheme.

USA Retirement Management was ordered out of business in 2010 by the U.S. Securities and Exchange Commission. With no prior experience in estate planning or handling investments for clients, Burns held himself out as an experienced, certified estate planner to scam his clients.

If something sounds too good to be true—it probably is. Give me a call if you want to run an idea past someone else, and resist the urge to get something for nothing.

Posted by Linda Solash-Reed on 08/28/2015 at 08:22 AM in Asset Protection, Elder Abuse, Elder Law, Planning for the Future, Retirement planning | Permalink