Buffalo attorney Julie Bargnesi is a proponent of fairness to health care providers and patients alike. She’s not only an attorney who represents health care providers and is a part of the health care industry practice team at Harris Beach, she was once a nurse in a hospital where part of her job was advocating for patients. It’s just one reason she stresses the importance of having the ability to arbitrate cases from the nursing home setting; “This is fair to both sides, and as a nurse I was always seeing both sides of it,” she said. “There’s a lot of nursing home litigation in Western New York and it is time-consuming and expensive for everyone.” 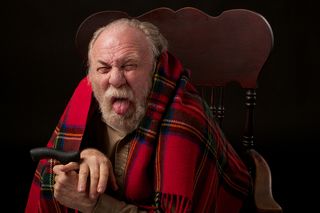 Most states use arbitration agreements rather than having to resort to full-blown litigation that can take years, according to the article in a recent Buffalo Law Journal titled, “Nursing home arbitration enforceable in NYS.”

Despite the Supreme Court’s decision in 2012, the topic still isn’t well-known, the article explained. But nursing homes have started adding the clause into patient contracts, and the majority of families and residents are signing them. With the rise in litigation, the article says that it’s at least a tool that nursing home owners can use to give them some protection from costly verdicts.

Patients will still have protection, as cases can still be challenged in courts, and arbitration agreements can be struck if they aren’t properly constructed.

The arbitrator is like a judge who sees both sides and may say, “He’s kinda right and she’s kinda right, so I’m going to make everyone happy and split the baby.” Arbitration tends to be fairer.

The article urges patients and family members to be aware of this arbitration agreement, which will arbitrate all potential claims and waive litigation.

If you have any questions about these arbitration clauses and how they are handled in Florida, please make an appointment to see me  before signing any nursing home contract.