« Finish Your Legal Work Because You Never Know | Main | Was Gift to Snowflake a Mistake? »

BB King was one of the most celebrated blues musicians in the world. His passing on May 14th has left many singing the blues of their own, including his heirs who are expected to challenge his will. 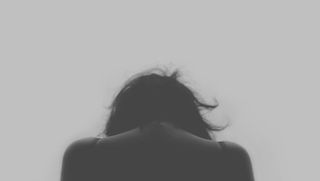 Since BB King passed away there have already been accusations that he did not die of natural causes – that he was instead poisoned. However, the coroner has stated that there is no immediate evidence of that claim.

Prior to his passing, King's family and his business manager were already involved in a legal dispute that was thrown out of court. Thus, it comes as no surprise that the feud would continue after King's death.

Just hours before his memorial service, an attorney representing King's heirs announced that they would challenge his will and the actions of the business manager.

The manager stands accused of misappropriating millions of dollars, exercising undue influence and being unfit to act as King's executor.

You can read the sordid details in a recent article in The Guardian titled "BB King heirs to challenge bluesman's will and actions of manager."

As this challenge is very new, it is not yet possible to speculate on how it will go or even discuss the specifics.

On the other hand, the fact that the family's earlier case against King's business manager was recently thrown out of court does not bode well for challenging the manager now.

Avoid contentious postmortem squabbles later by working on your estate plan now.   Please visit my website for more information or to schedule a consultation.

Reference: The Guardian (May 23, 2015) "BB King heirs to challenge bluesman's will and actions of manager."